From a high-level point of view, we know how databases work, so it's time to start experimenting with the Database Management System (DBMS) chosen, in our case: PostgreSQL. However, people often tend to go over it without giving enough context, so this time what we need to understand first is how to design a database or what kind of tools we can use to do that.

We'll need an entire blog post about this topic, but for now, we need to learn the basics about how to design a straightforward database. I used to use a tool called https://app.diagrams.net/. You can connect this tool with your Google Drive or save it on your own device. The important thing here is to design the basics about what we want to do in SQL.
Open the tool and then select the following Figure. 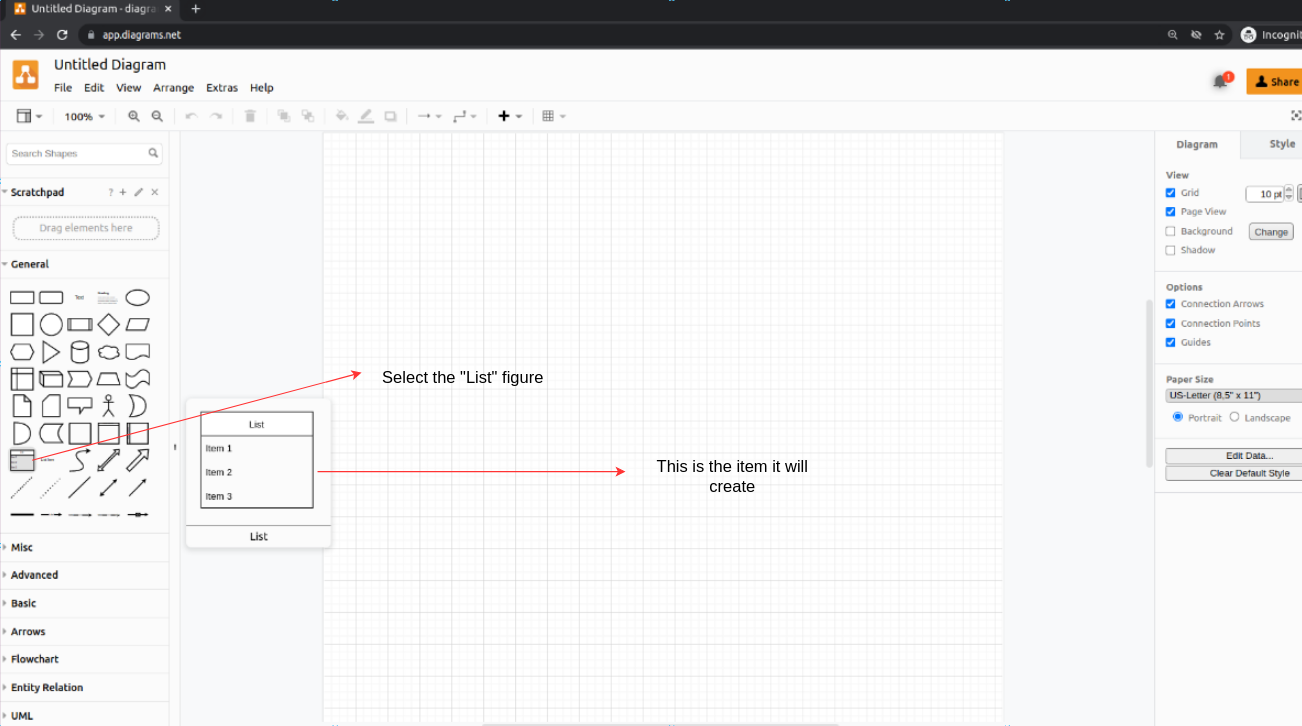 Then let's create our first entity changing the title and items from the Figure chosen. 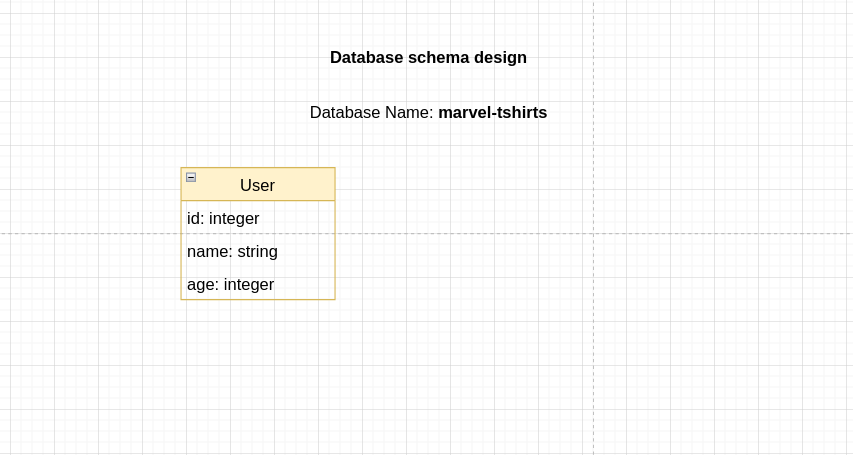 An entity is a synonym of "Table" in the database world. An entity is an object that exists. It doesn't have to do anything; it just has to live. An entity can be a single thing, person, place, or object. Data can be stored about such entities. Like the one we're using, a design tool that allows database administrators to view the relationships between several entities is called the entity-relationship diagram (ERD). Right now, we have just one entity, but later we'll be adding more.
In database administration, only those things about which data will be captured or stored are considered entities. So if you aren't going to capture data about something, there's no point in creating an entity in a database.
As you can see, our entity or table is called User, and each User will have the exact attributes. Attributes, in this case, is a synonym of Columns:
Once we have mapped out our first entity, let's see it the following way.

An entity or table can have hundreds of millions of rows. These rows are also called records. A table can also have many columns/attributes and have a descriptive name.

We can imagine how the data will be stored in a DBMS like PostgreSQL. 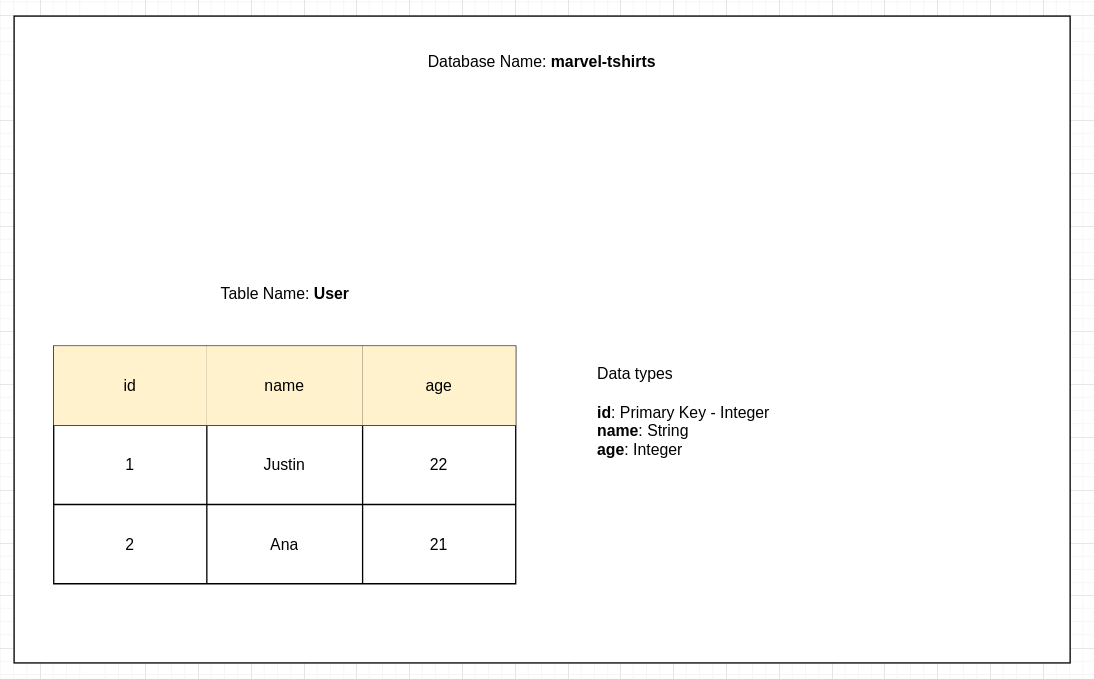 Now it's time for coding. But, first, we must access our PostgreSQL installation through our command line and type the following things.

There are many types of statements. Statements are text that the database recognizes as a valid command. Statements always end with a semicolon ";" 3

The structure of the statements may vary. The number of lines does not matter. A statement can be written on one line or multiple lines, making it easier to read.

We should have anyone yet.

To go out from this new view, just type "q" which stands for "quit"

Now let's do 3 operations to create the Table/Entity called Users under the newly created database: marvel_tshirts

Now let's insert our first User and list all the users:

As you can see, now we have our first User in the database!

But with this syntax, we need to insert one by one. So another way exists if we want to insert more than one record (or row) simultaneously.

Note: you have to care about colons, semicolons, and single quotes. If you skip any of them, you'll see an error. Also, as you can see, we're doing everything on multiple lines, which makes it easier to read.
What happens if we want to update a single row with a new value. For instance, let's say that yesterday was Viktor's birthday, so he is now 39. How can we update that data?

The key here to update is to know the primary key (id) of the record we want to edit. In this case, is id: 4

The last operation we want to know about in this post is deleted. But, first, let's delete the record associated with Daniel.

In this case, we have to consider the name we want to delete because if we have more "Daniel" s in the database under the column "name," all of them will be deleted.
So far, we've executed the commonly used behaviors in a database, like Create, Read, Update and Delete. Let's recap
Next post, we'll be seeing more details about other statements. But, for now, we've been learning a lot.
Thanks for reading!
Daniel Morales