Basic Concepts About Git and Github

In previous posts, we've been talking about Versions and Releases:
We've said in those posts that: "One of the first things you need to understand in the software development world is that open source programming languages and the software we create are always attached to a given version. Versions mean the normal evolution of the tool, language, or software. Therefore, the tools we create are not static; they always need to improve their behavior and results."
The question now is how can I deal with changes and versions into my own programs?
Well, let me write a little narrative here:
A bit scary, isn't it? But, this is the way developers worked before Git was born. It was a time when we had everything in our machine, tracked changes manually, and deployed code using Filezilla, a tool that even today exists and helps you deploy to a server machine shipping each file changed separately…
it was a mess!
So we have some keywords to study here:
The first thing we have to clarify is that Git is different from GitHub. Later in this same post, we'll see the differences between them.

This is all about "Control." When your code starts growing, you have to control that growth because you can also lose the project itself if you lose it. That means that any change (big or small) could become a real headache. So you have to control each change; you need a way to quickly reverse any change or even work in a ramified way with other developers.

In software engineering, version control (also known as revision control, source control, or source code management) is a class of systems responsible for managing changes to computer programs, documents, large websites, or other collections of information. Version control is a component of software configuration management.

Changes are usually identified by a number or letter code, termed the "revision number," "revision level," or simply "revision." For example, an initial set of files is "revision 1". When the first change is made, the resulting set is "revision 2", and so on. Each revision is associated with a timestamp and the person making the change. Modifications can be compared, restored, and merged with some types of files.
The need for a logical way to organize and control revisions has existed for almost as long as writing. Still, revision control became much more critical and complicated when the era of computing began. The numbering of book editions and of specification revisions are examples that date back to the print-only era. Today, the most capable (and complex) revision control systems are those used in software development, where a team of people may concurrently make changes to the duplicate files.
Version control systems (VCS) are most commonly run as stand-alone applications. Still, revision control is also embedded in various types of software such as word processors and spreadsheets, collaborative web docs, and different content management systems. Revision control allows for the ability to revert a document to a previous revision, which is critical for allowing editors to track each other's edits, correct mistakes, and defend against vandalism and spamming in wikis.
If you want more details about version controls, please hit the following link: https://en.wikipedia.org/wiki/Version_control.

Deploy is the action to send code to a server. It is much easier to deploy code to production using version control management because everything is well organized and coordinated. With version control, you can deploy just the changes you or other developers make, not the entire code again.

Because of the version control, we don't have to use Filezilla anymore, and now we can use modern techniques to ship code to production or even to other environments like staging.

Now you could be confused about the differences between Git and GitHub, so here you can find them.

The name given to Git is "Version Control." The name speaks by itself. Git is software for tracking changes in any set of files, usually used for coordinating work among programmers collaboratively developing source code during software development. Its goals include speed, data integrity, and support for distributed, non-linear workflows (thousands of parallel branches running on different systems).
Installing Git in Linux

Installing Git in Windows
Now is the moment to install Git in Windows, and we have to say that there are a lot of steps in the Wizard installation process. The only thing you have to do is click on "Next" with all the default options. So let's check the screenshots.
First, go to the following webpage: https://git-scm.com/downloads and choose Windows. 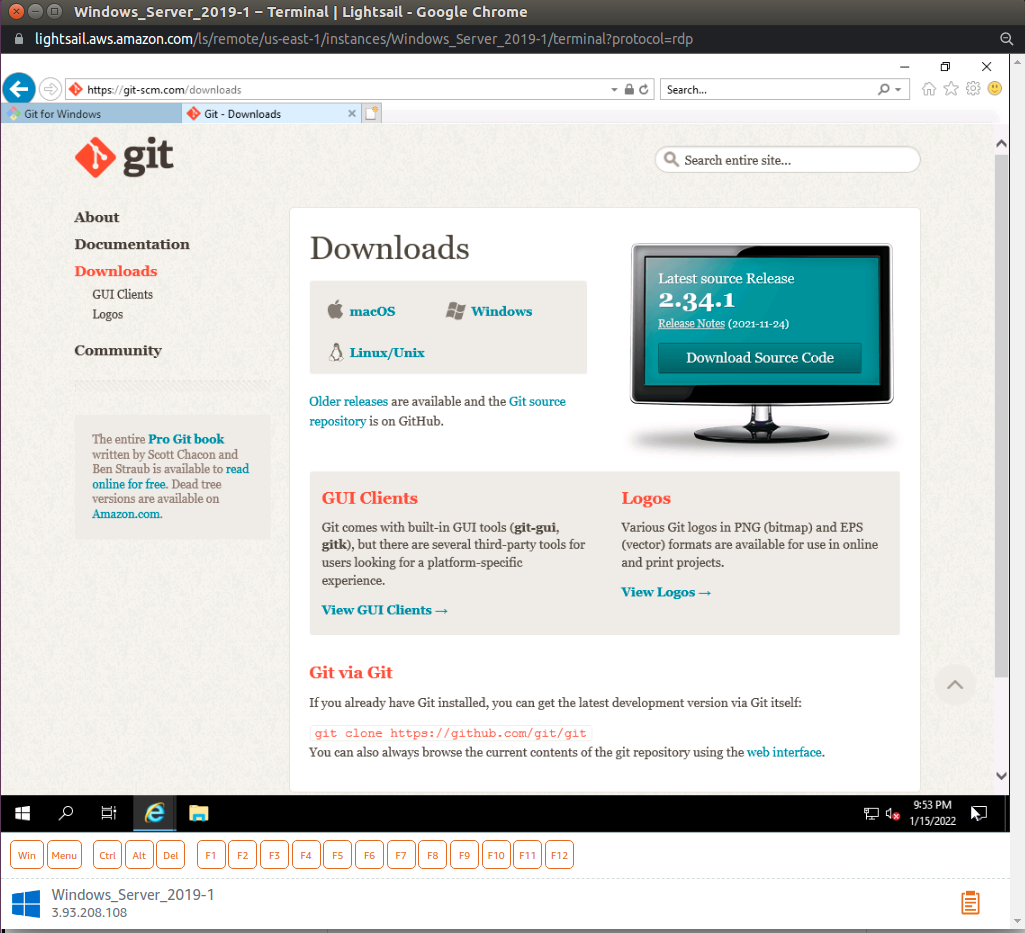 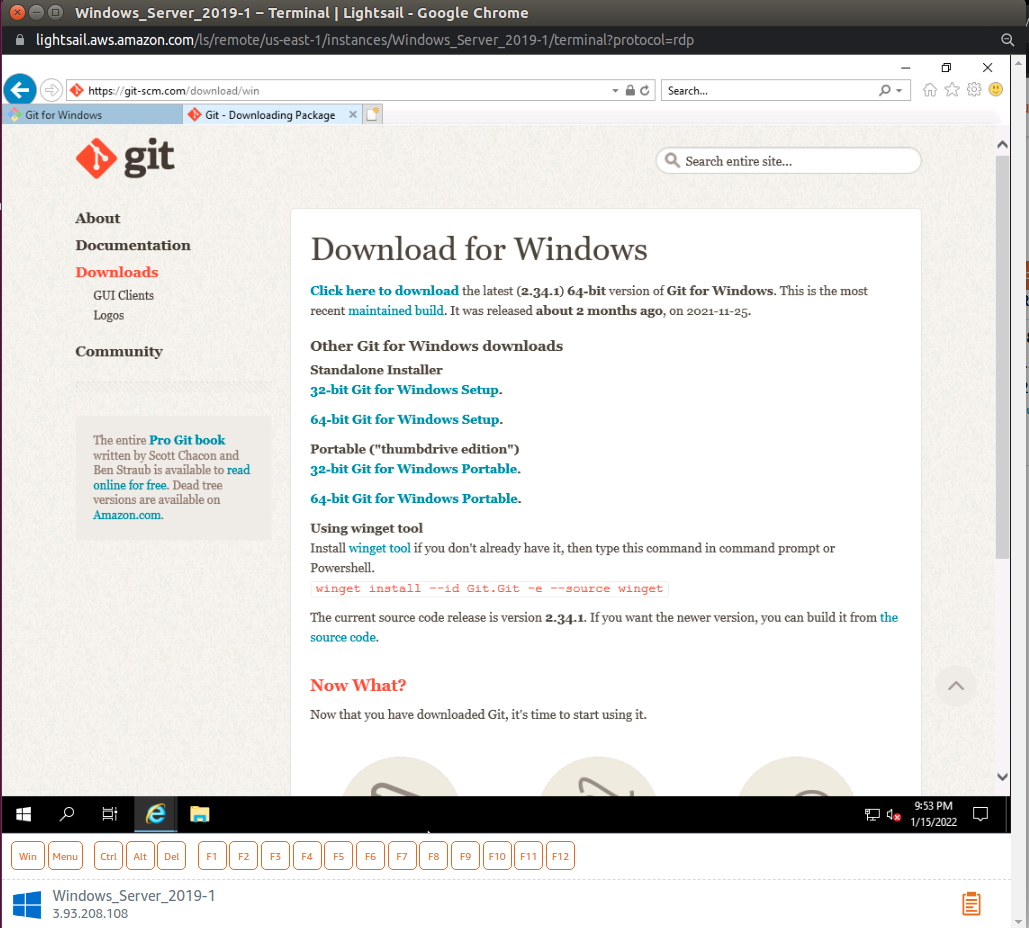 And now follow all the wizard steps clicking "Next" in all of them. 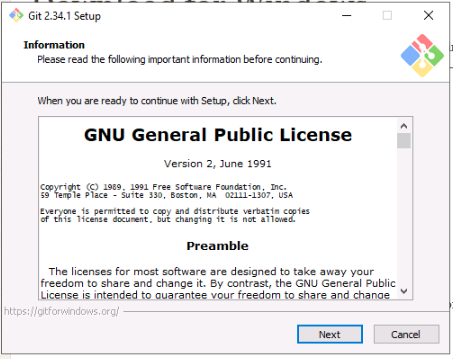 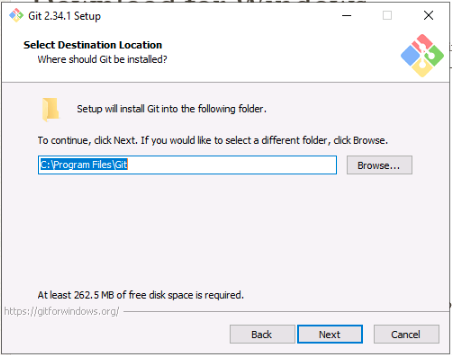 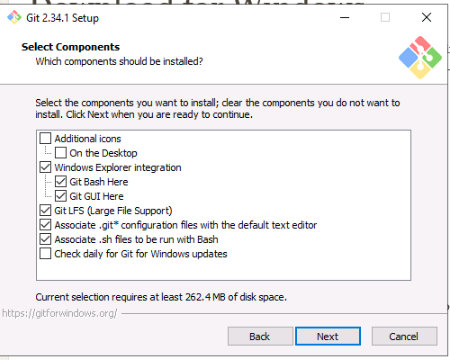 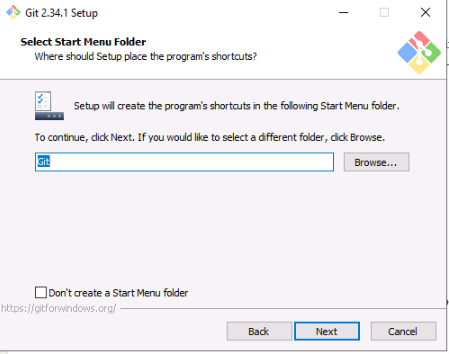 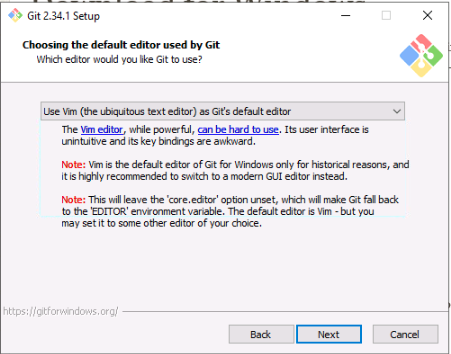 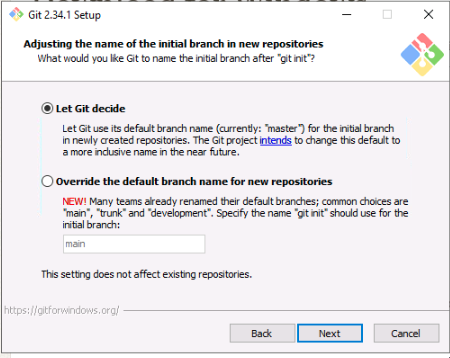 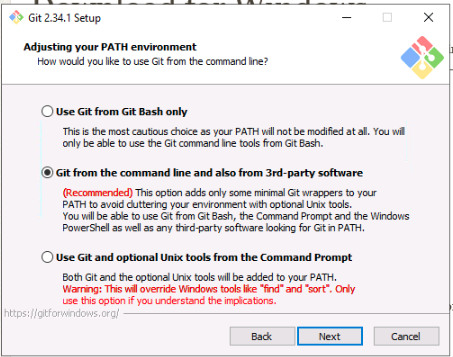 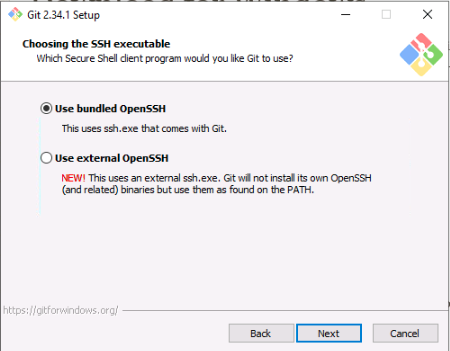 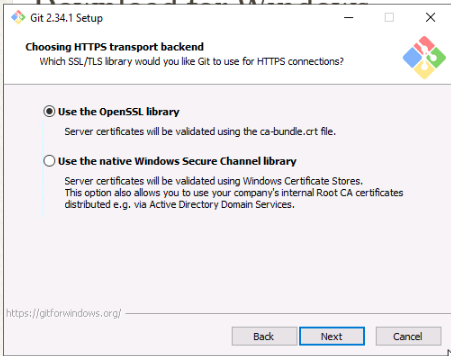 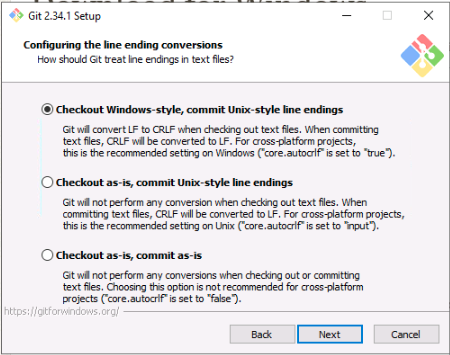 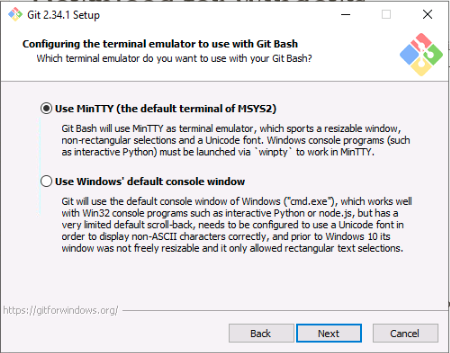 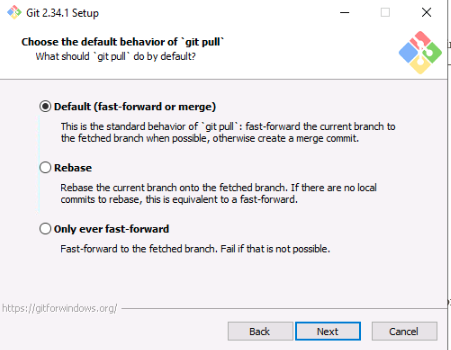 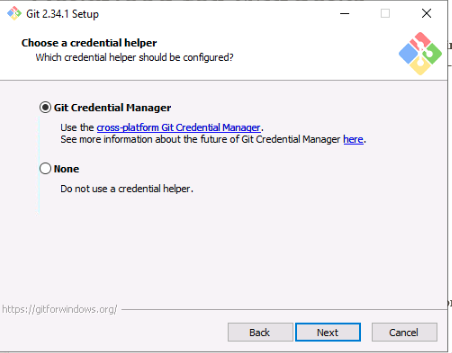 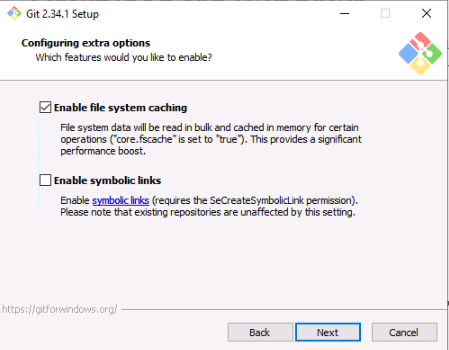 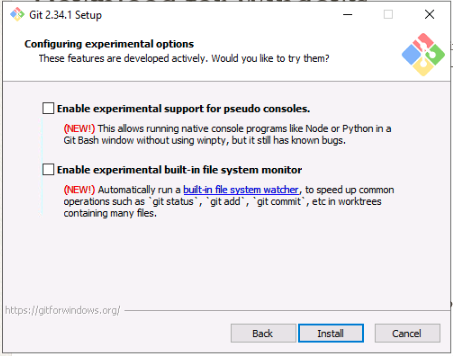 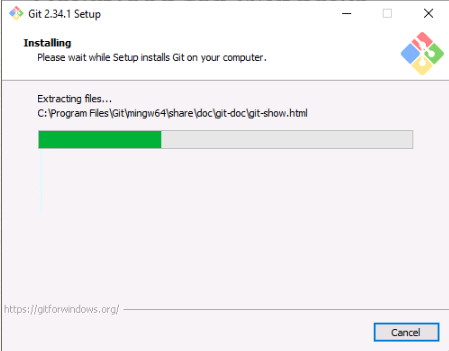 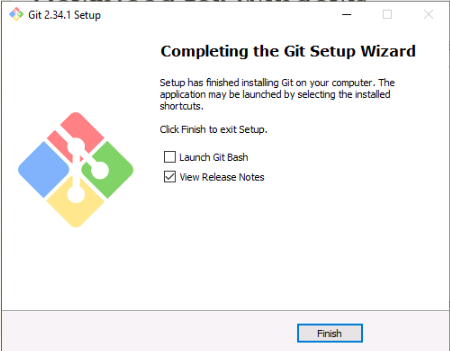 Now that we finished, we have to go to the search bar of our machine and type Git, and see the following options. 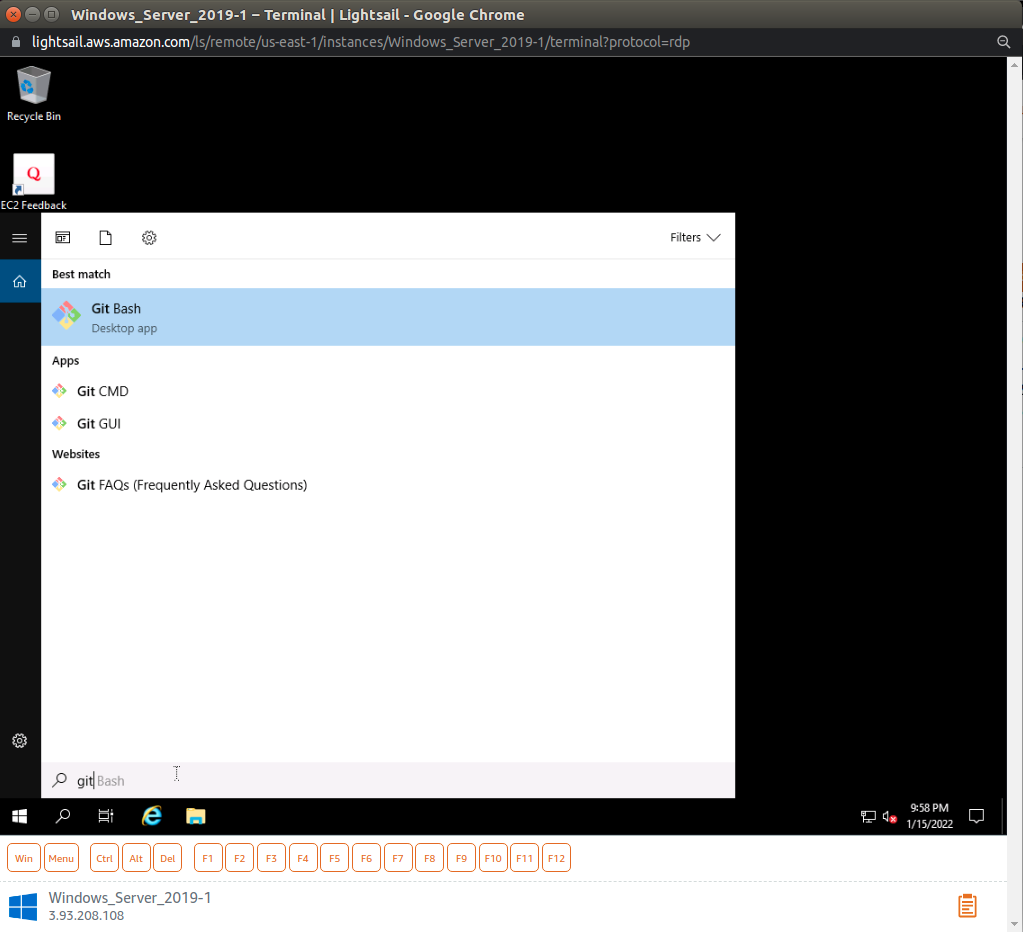 Click on "Git Bash," It will display the console with Git running on it. 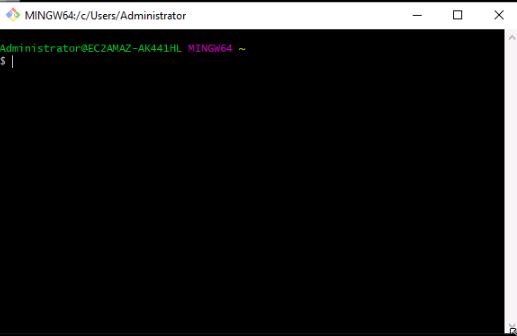 GitHub is a company that provides version control in the cloud using Git behind the scenes. You need to install Git in your local machine first; while you don't have to install GitHub anywhere, you just need to go to the GitHub webpage, create an account and then connect it with your local Git in your machine.
Just go to the next page and create your account: https://github.com/.
Main commands to run with Git and Github
I've created a folder in my local machine with these commands.

What did we do here?
So far, we've created a Ruby file, and now it is tracked by Git. How can we see the different versions of our project? With next command:
Now we've just one commit, but we'll be creating more and more commits over the days, and they'll appear here.
Also, another thing to remember is that we currently have the code just in our local machine. Here is where Github plays a tremendous role. We want to ship this same code to the cloud inside Github, and with that, we'll be sure that other developers can access it and download it, and even if we lose our local folder (for some reason), we can download the last version of the code which is hosted in Github.
So let's connect our local Git and the Github account. Inside your Github account, you've to create a new repository. A repository (in GitHub jargon) is a place where you can organize and save all of your code, files, and folders for a given project. Usually, you create a repository per project. If you want to know more about repositories, please hit the following link: https://en.wikipedia.org/wiki/Software_repository.
Inside your account, click on the right green button called "New" inside the repositories tab:

Let's call the repository with the same name as the local project (obviously, you can give any name to the repository). Then, you can check private or public; in my case, I want to create this repository as "Private" (they are free). Finally, click on the green button called "Create repository."
Note: leave another checkbox empty 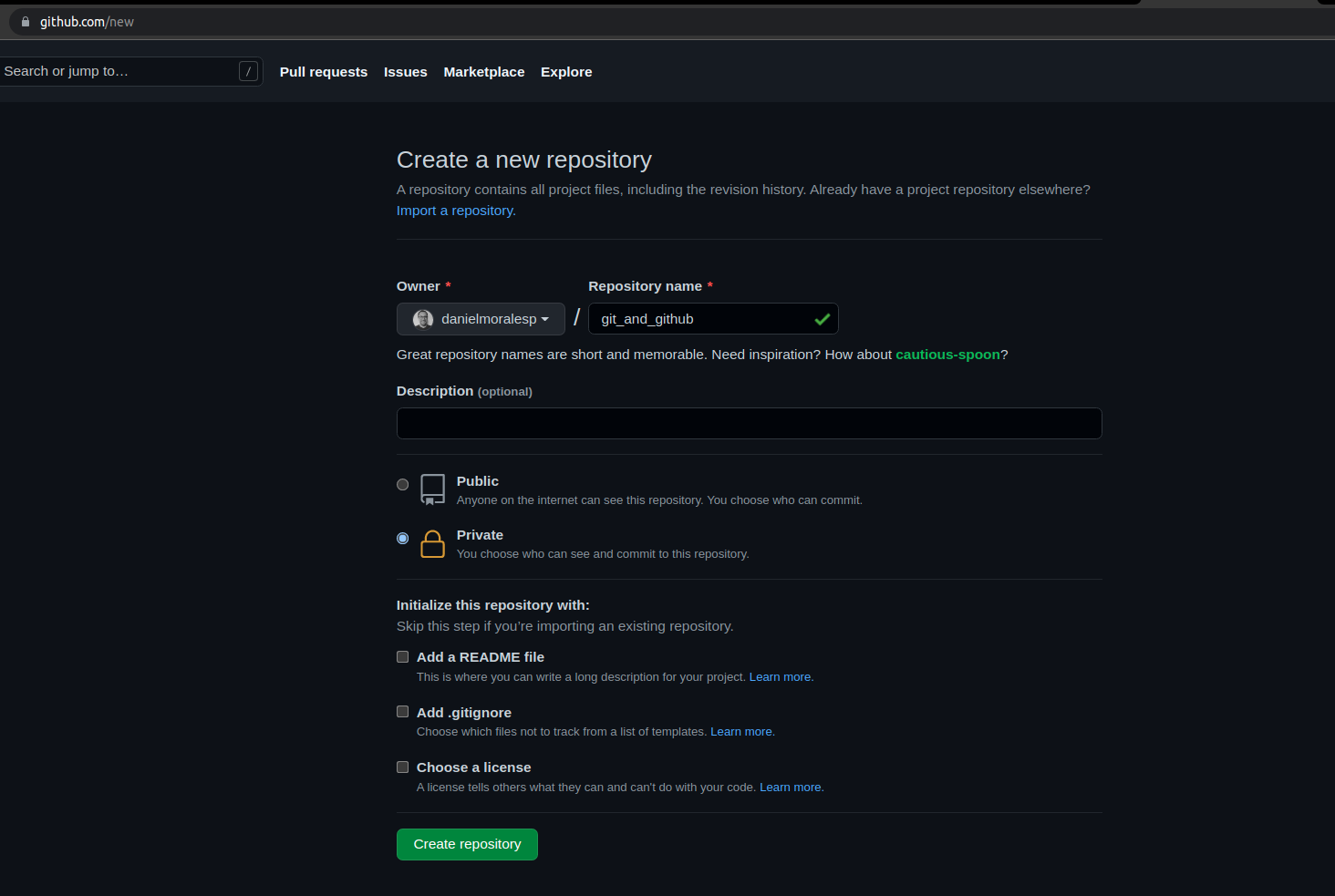 You'll see how the next screen. Right there, you'll find the instructions to connect your local git project with the Github repo… but wait a moment, we already ran some of these commands like:
So we have to follow just the other steps.
Let's do it

We got an input that says that we've shipped the code to Github. So let's refresh our Github page.

Right there, we can see our recently created index.rb file. This is awesome! We have a way to track all of our changes now.

Later, we'll be seeing more details about Github, but we have the differences clear and the basic concepts for now.

Hope you learned a lot